We are pleased to announce that Professor Kanise will lecture from a geopolitical point of view. He is one of rare Japanese journalists who can overview the world affairs objectively because he has worked for AP, AFP, Newsweek etc and has a habit to visit the localities all over the world. The contents of his lecture is described by him as follows:

“Upon the birth of President Trump, the world order has been changing radically and rapidly. The end of globalism and the rise of authoritarianism. What kind of compass should we use in the 21st century when the conflict in various fields such as politics, economy, religion, and technology deepens? While looking over the divided US, China’s rise, Russia’s threat European turmoil etc we will search for the answer focusing on the following 3 drivers from the viewpoint of the journalist;

We look forward to seeing you.

We will send you the pre-transfer information after your application. Thank you. 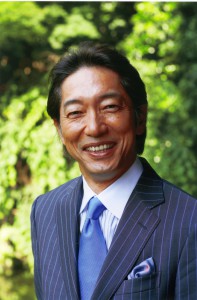 Graduated from Sophia University Faculty of Journalism, 1974. After being a correspondent from AP Press of the US, AFP Press of France, and TIME magazine, he turned to the Japanese television press as a caster of the TBS “News Feature” in 1991. After that, he served as the main caster of TV Asahi “Super J Channel” “Super Morning “etc., the personality of cultural broadcast” Seiichi Kanise Next “, and the main caster of” Money of compass “(TV Tokyo).

The interview focuses on overseas news such as the Emperor’s collapse, US-Japan economic friction, the US presidential election, education issues, politics and gangs, pollution in Eastern Europe, the situation in Cambodia, Russia, China, Israel, the Middle East, etc. For the first time as a western TV journalist, he successfully covered the world’s largest Russian secret strategy nuclear submarine Typhoon. With the cooperation of the Massachusetts Institute of Technology in the United States, he also works on a security simulation program called “the 21st Century, Japan’s crisis”.
He is currently the main caster of “The Sorcerer’s Choice Leaders” (Nikkei CNBC etc.) and the news op ed commentator.
In 2004, he became Professor at the Faculty of Literature, Meiji University, and was the first dean of the Faculty of International and Japanese Studies at Meiji University from 2008 to 2001. Currently Professor of the same department.
Executive director of the Value Creation Forum, Executive director of the Global NPO Global Sports Alliance (GSA), Executive Director of the Foreign Policy Center, Councilor of the Asami Maki Ballet, Advisor of the Diamond Management Club, Vice-Chairman of the Japan Golf Reform Conference, Executive Director of the Tokyo Classic Club .
In his book, “I understand China’s world strategy”, “English improvement law that only Japanese did not know”, “class of international politics that I wanted to receive earlier”, “four assets”, “Shinose Hirose’s Japan” Economic issues, and many more.